2016: The Year Everything Changed In Social Media Marketing

Three megatrends culminated in online business development in 2016, requiring attorneys to change their digital marketing tactics and to re-focus on what produces results.

1. Your next client will most likely visit you using a smartphone, not a desktop computer. New data from comScore shows that digital media time spent on mobile devices is now a whopping 68%. Desktop computers account for only ⅓ of digital time spent. Ask yourself, what does your law firm website look like on a cell phone?

3. A majority of Americans are likely to hire a lawyer who is active on Social Media. 54% of consumers say they would likely hire an attorney who is active on Facebook, Twitter or LInkedIn, according to research by Thomson Reuters. This is especially true for younger Americans between age 18 to 44. Ask yourself, when was the last time you updated your firm's Facebook page?

To grasp how much things have changed online in 2016, it is useful to compare the current number of active users on the social media that most lawyers use. (Source: Smartinsights.com)

Did you notice that YouTube was not on the list? That's because Snapchat (the mobile app to send videos that disappear after a few seconds) has more than 10 billion daily views, which exceeds even Youtube -- the original site to showcase video content.

Twitter has degraded into a firehose of content, where law firms must post around the clock to break through the noise. Twitter is not a place where consumers spend a lot of time because most tweets include a link that sends them someplace else. Twitter's best use it to try to send traffic to your website.

LinkedIn has become a silent dumping ground for self-promotional messages and links that lead away from LinkedIn. I manage 10 LinkedIn Groups for attorneys on LinkedIn and, despite my best efforts, there is hardly any interaction. I spend most of my time weeding out spam and removing people who post about topics that are irrelevant to the group. 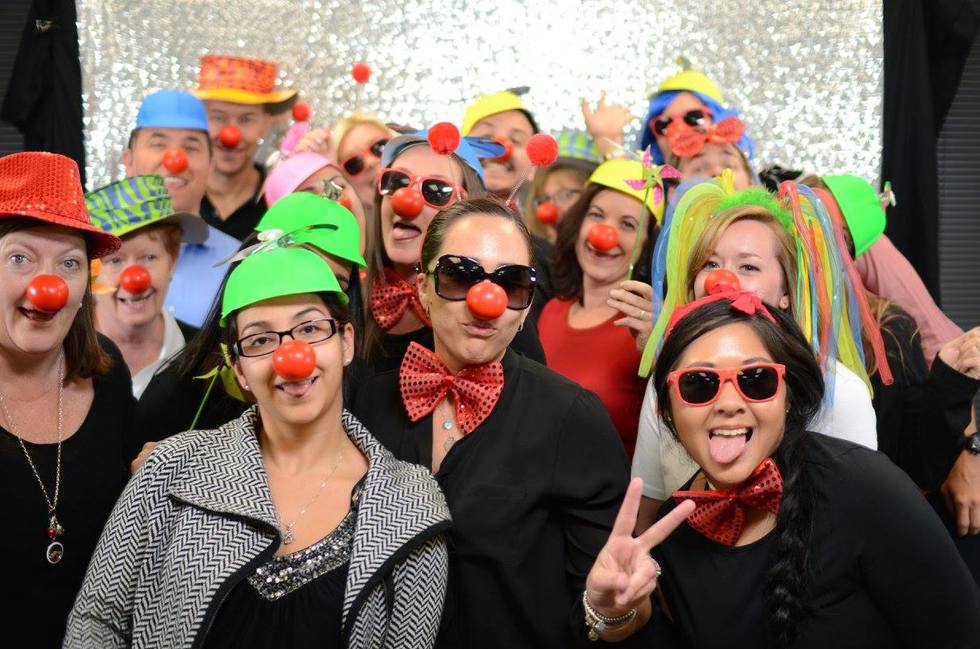 The staff of attorney Craig Goldenfarb dressed up for the Red Nose Day Charity, as shown in this photo from his Facebook page.

This brings us back to Facebook which is now the social medium where attorneys should market. Absorb the fact that Facebook:

How did this happen? Two other megatrends converged in 2016. One began in 2009 when Baby Boomers (66 million) began using Facebook to stay in touch with their children and grandkids. The second culminated in April 2016 when the Millennial generation (75 million) overtook the Boomers as the largest generation in history. Millennials are all over Facebook.

Numbering about ¼ of the US population -- Millennials will have a spending power projected to reach $1.4 trillion in just four years. They are launching businesses, buying cars and starting families.

Millennials are digital natives who grew up with the internet always in their lives. They work and play on cell phones. They are also all over social media, sharing, liking, snapping, forwarding, and commenting on all their findings. They are socially conscious and expect law firms to demonstrate corporate responsibility. They are visually-oriented and tell stories with pictures more than words.

Engagement. Facebook not for sending traffic to your website. The idea is to engage people who are already there on Facebook, by liking their posts, sharing them too, and responding to their comments. Your own posts should be designed to get people to know, like and trust you. This is accomplished by posting videos of attorneys volunteering at a community event, by posting photos of your staff appreciation event, and by posting stories that humanize your law firm.

For example, the Shouse Law Group of California, which is very successful at generating new business online, has a Facebook page (https://www.facebook.com/ShouseLawGroup) with cartoons, statistics and scads of glowing reviews by happy clients.

Lawyers should avoid posting self-promotional sales messages. This is akin to a salesman at a cocktail party who pitches everyone he meets to buy insurance. Also avoid posting your list of jury verdicts, because it makes potential clients think that they'll just be a statistic at your firm.

Moving pictures. Video goes over very well on Facebook. Just make sure to upload your video directly to Facebook -- don't link to YouTube videos on Facebook. This is referred to as a “native” upload, which Facebook auto-plays without sound. Caveat: do not upload a video of a lawyer sitting in front of a bookcase, talking to the camera. Nobody wants to see that.

Informative visuals. Infographics also succeed on Facebook. Nowadays people tell stories with pictures and a graphic works much better than a wall of text. Rhode Island Personal Injury lawyers d'Oliveira & Associates are masters of this, and have a library of more than 100 infographics.

Take your own pictures. Lawyers should start to use the camera in their cell phone and take pictures of places they go in their law practice. This can include a selfie in front of the Hall of Justice, a picture from a partner's 20th anniversary party or a photo of the softball team that the firm is sponsoring.

For example, the Law Offices of Craig Goldenfarb of West Palm Beach has a funny cover photo on Facebook showing his staff on Red Nose day, sticking out their tongues and wearing funny red clown noses. The Red Nose campaign raises money for impoverished children. Nearly 500 people have liked the page.

Brand ambassadors. Above all, the idea is to generate shareable material. Think how much more effective this is than touting yourself on your website. It's better to have others share your brand with their friends. Engaged millennials will be your brand ambassadors, and few law firms have awakened to the opportunity yet.

For example, the Sinas Dramis personal injury law firm of Grand Rapids, Michigan, sponsored its “Lids for Kids” Bike Helmet Giveaway and Safety Event last summer. At the event, the firm gave away 439 bike helmets to children. Each was custom-fitted by trained volunteers to help prevent a brain injury in a bike-related accident. The event was shared far and wide by young people.

“This audience can spread the good word about your firm, for your firm,” says says Kate Stromberg, a millennial who is marketing director of Network Affiliates in Colorado. “If you can create an experience with your brand, Millennials will become messengers for your brand and ambassadors about the experience you provided for them.”

Law firms are also turning to employees as beacons for their brands. The use employee social advocacy programs has grown about 191% since 2013, according to Social Media Explorer. What could be more effective than having your superstar employees sharing your law firm's Facebook posts with their own friends.

The evidence shows that social media is no longer optional in law firm marketing. Your potential clients and referral sources are on their cell phones, checking into Facebook several times a day. By giving them something to share with their network, your firm will generate positive word-of-mouth and encouraging recommendations. Facebook marketing is all about building trust. And once your visitors trust you, the rest will take care of itself.