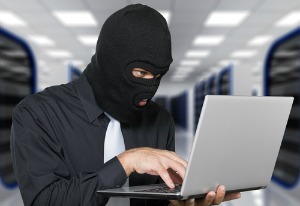 In a landmark ruling, a Florida appeals court upheld a $350,000 judgment against two clients who smeared and lied about their attorney, Ann-Marie Giustibelli of Plantation, Florida. Posting reviews online on Avvo and elsewhere, the ex-clients falsely claimed that she misrepresented and inflated her fees, that she had "no integrity" and that she altered her fee documents.

None of it was true and all of it was libel: false and defamatory statements. On appeal the dishonest clients argued that their lies were statements of opinion protected by the First Amendment, but the courts didn't buy it. Justice was done in Copia Blake And Peter Birzon V. Ann-marie Giustibelli, Case No. 4D14-3231.

"In Florida, things just changed a bit for the better for lawyers. In the past, lawyers seemed to be at the mercy of anyone that wanted to write a negative online review of the lawyer. Such review can be very damaging to a lawyer, since the lawyers reputation is his primary asset and upon which most lawyers generate business," wrote Charles Scott & Kathryn Fenderson Scott on The Florida Law Blog.

It was "a decision that will hearten lawyers who are trashed online by former clients,” wrote ethics expert Michael S. Frisch on the Legal Profession Blog that the ruling. 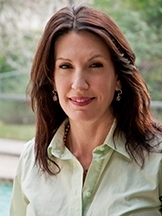 The decision brings accountability to the lawless Wild West of online reviews and comments, where trolls and petulant liars have had free rein to smear attorneys. It sets a valuable precedent that saying lies online is the same as saying lies it in print, on the radio or on TV.

"According to this Florida appellate opinion, a Florida lawyer can sue a client (and her spouse or ex-spouse) for false and libelous online statements and, since the lawyer was not a media defendant, libel per se applies if the statements are shown to be factually false," writes Joseph A. Corsmeier on the Lawyer Ethics Alert Blogs.

Giustibelli represented Blake in a divorce from Peter Birzon. After a breakdown in the attorney-client relationship, Blake and oddly, Birzon as well, took to the internet to post defamatory reviews about the lawyer.

Giustibelli sued for libel and breach of contract for $300/hour fees that Blake still owed her. At trial, both Blake and Birzon admitted to posting the reviews and further admitted that Giustibelli had not, in fact, charged Blake four times the amount from the initial agreement. As part of their "free speech" claim, the clients argued that they were just expressing an opinion.

The appeals court disagreed, saying "These are factual allegations, and the evidence showed they were false," upholding the $350,000 in damages award.