How One Lawyer Captured the Hispanic Market with a Cartoon Character 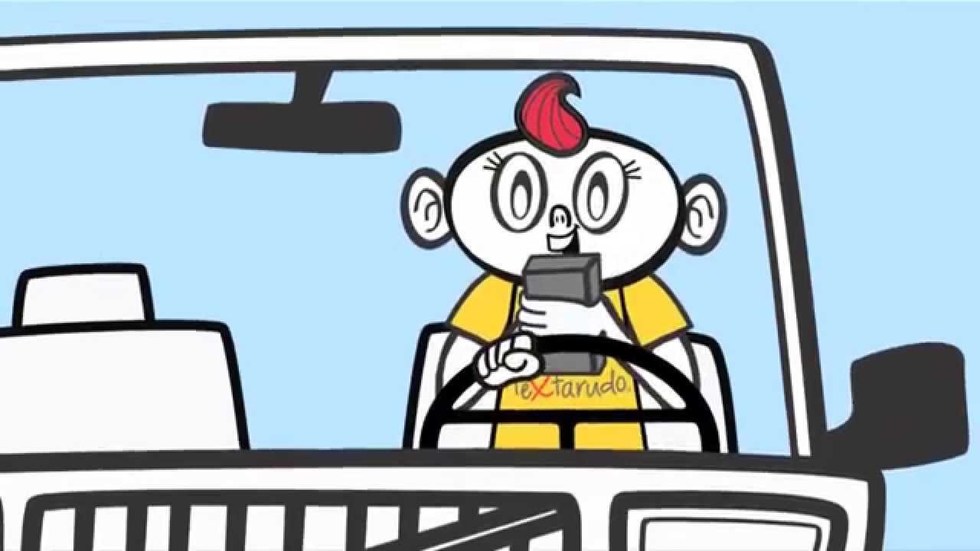 There are 60 million potential clients who are Hispanic in the US, and they spend $1.7 trillion a year. Attorney Paul Samakow has dominated the Hispanic legal markets in Virginia and Maryland thanks to a goofy, engaging cartoon character.

Samakow, who has 10 offices across both states close to where Hispanic clients live, advertises his personal injury practice on Univision and Telemundo, harnesses his savvy understanding of Hispanic culture and makes appearances at Hispanic festivals. His brand is a big-eyed cartoon character with wide ears who tells viewers “Don't text and drive.”

The character -- Textarudo™ -- is highly effective and has more than doubled Samakow's new client intake.

“Other clients typically do not invite you to dinner or give you gifts or send you a letter thanking you, or ask you to be in a photo with them,” he says. “With Hispanics, any and all of the above will be common. I routinely get gifts, food, a hand-made ornament, an invitation to their church to watch the confirmation of their child, or a wedding invitation. This is because I show them they really matter to me,” he says.

The word “testarudo” in Spanish means someone who is stubborn or hard headed.  By changing the “s” to an “x” in that word, the image of someone who is stubborn combines with the most popular activity in the world, texting. “With this word change, combined with the character, we easily deliver a message about a very dangerous behavior -- texting and driving,” he says.

“The Textarudo looks for sympathy.  We can all identify with being a Textarudo.  Most of the people we know are Textarudos.”

The attractiveness of the Hispanic market

To develop a Hispanic clientele, it is not necessary for the attorney to be fluent in Spanish. However, the firm's staff needs to be bilingual.

Hispanics make great clients. “They are generally more loyal, and they will refer more people to you than anyone else, if you are honest, and if they trust and like you.  Notice I didn't say anything about the result you get for them. Results matter, of course, but not in the “relationship” world most Hispanics occupy,” Samakow says.

Textarudo is a local celebrity and so is Samakow, by extension. Textarudo is: friendly, naive, dumb, young, nice, outgoing, distracted and irresponsible. The first TV commercial is a cartoon of Textarudo driving and texting. He is quickly followed by sirens and flashing lights. The commercial then shows a family that is urging their father not to be a Textarudo. Samakow advises viewers “Be responsible. Don't be a Textarudo.”

The first Textarudo commercial was broadcast in 2014 and his story has evolved. Over the last 6 years, Textarudo has gotten into trouble, says he'll change his behavior, and joined “Textarudo Anonimos” -- a play on Alcoholics Anonymous. He meets a Textarudo girl, and hey are going to get married, and have kids. They'll tell viewers that the parents are going to teach them not to text and drive. Then they'll ask the kids what they learned in school... which will be, of course, not to text and drive.

“With the character, you are sending a message to the Hispanic community that you care,” Samakow says. “You're not selling or saying, ‘I will fight for you.' We judge people not by what they say, but by what they do. You are showing your concern in your advertisement, you care about their health and well being. You want them to be safe, you want them to come home tomorrow.”

The character is instantly recognizable and has been developed into a costume with yellow skin, a shock of red hair, with blue pants and shoes -- with a wide-eyed, happy expression. Textarudo has made appearances at festivals, TV news stories, and even presenting diplomas to students.

Samakow's public safety announcements are so successful that he wrote “How to Dominate -- Be the #1 Attorney in Your Hispanic Market,” which is chock full of tips, tactics and insights into Hispanic culture.

He has even licensed the character and the Textarudo commercials to lawyers who practice personal injury, criminal-DUI, family law, and immigration law. For more information about licensing Textarudo, contact me at [email protected] or call 520-577-9759.