New Report: Getting Your Press Release Reported in The News 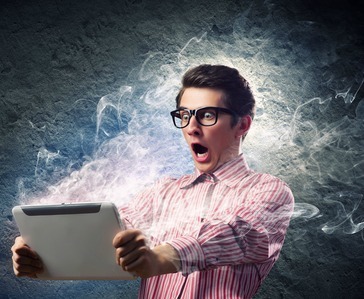 These are a few of the points that 100 news reporters and editors revealed in focus groups with Greentarget, and reported in the new 2014 Disrupting the Press Release study.

"The importance of crafting press releases that appeal to the target audience may seem self evident, but it's something that professional communicators often lose sight of — and the journalists we surveyed would seem to agree," said Aaron Schoenherr, founding partner of Greentarget.

Journalists are busy -- you've got less than 60 seconds to capture their attention with a press release -- 45% of them get 50 or more releases per week, and 21% get at least 100 per week.

The best model to follow is the concise, just-the-facts press release issued by the police. News people want key facts in a release presented in a list of bullets -- it should quickly tell them who is involved, what is new and why it matters.

More than a third of journalists get story ideas from press releases  and they look to them for substantive quotes they can use.

"The notion that press releases should be written as if they are going to appear somewhere word-for-word has always struck us as strange," Schoenherr said. "And yet most releases are still written this way."

Almost 3/4 of journalists use Twitter as part of their daily work, and nearly 46% said they'd be open to getting press releases over the social network.

The biggest peeve of news people is that they get releases that don't pertain to their beats or aren't relevant to their audiences.