How to Slay Your Marketing Dragon: Tips from The Hobbit 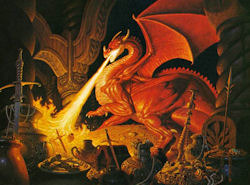 With Smaug, Bilbo uses flattery to appeal to the awakened dragon.

Sometimes marketing can be like a dragon you need to conquer. Formulating a plan that actually makes your firm money takes a lot of time and effort, but all you need is to follow in the footsteps of Thorin Oakenshield and Bilbo Baggins to master your marketing plan. Here are a few tips from The Hobbit to set you on your journey.

Bilbo: Cater to the Right Audience

When you're first coming up with a marketing plan, you need to find your audience, and gear your plan toward them. In The Hobbit, Bilbo Baggins encounters both Gollum and Smaug, and he adjusts his speech and presentation to them. When face-to-face with Gollum, Bilbo can tell Gollum likes riddles, so he uses riddles to speak and get himself out of the predicament he's in. With Smaug, Bilbo uses flattery to appeal to the recently-awoken dragon.

You can channel Bilbo's discernment into your own plan by finding your audience and speaking directly to them. If you mostly handle domestic violence cases, try to target women in your area, in the right demographic for that type of abuse. The same goes for whether you're a criminal lawyer or a personal injury lawyer; from Abbotsford to Boston, gear your marketing plan toward your audience.

The Arkenstone: Keep Your Plan Simple

Don't overcomplicate your marketing plan. The simpler it is the better. The dwarves' plan to retake Erebor from Smaug hinges around one object: the Arkenstone. They need to get the Arkenstone so they can get all the allies of the King-under-the-Mountain to help them. But in order to get the stone, they need a burglar, which is where Bilbo comes in. From there, the plan comes together, but the Arkenstone is at the center and everything else hinges around getting it. 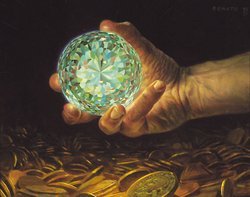 Your plan should be similarly simple. Pick the Arkenstone you want to go for (which obviously won't be the Arkenstone), and then make the rest of your marketing plan cover the ways you'll get it.

No matter what happens, you want to make sure that your current customer and clients come first. When Thrór was King-under-the-Mountain, his greed ended up putting off Thranduil and the Wood-elves of Mirkwood, and he lost a major ally. Then Smaug sent the dwarves living in Erebor and the men in Dale running for the lives, and the elves didn't come to help. Thrór's mistreatment of the elves is part of the reason why the dwarves' plan hinges so much on the Arkenstone—he needs his allies, and that's the only way they'll come to his aid.

Even when you are in the middle of your marketing campaigns and trying to expand your clientele, you need to make sure you keep those clients you already have. Don't do anything to offend them and send them to a different firm.

Erebor: Get to the Point

Your marketing campaign needs to get to the point fast and stick to it. At the beginning of The Hobbit, when the dwarves tell Bilbo their story, there's no doubt that it's about reclaiming Erebor. That is their ultimate goal, and it's what keeps them going. Throughout their journeys, no matter what springs up (trolls, Azog the Defiler, the Goblin King, Wood-elves, and the Necromancer), they push through it, eyes focused on getting to Erebor and reclaiming their home.

If you can't get to your plan's point quickly, your audience will lose their interest. You need to get to the point, and keep that point firmly in mind—and in your target audience's minds. 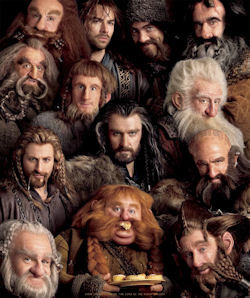 The best marketing plans don't make too many promises, but deliver more than expected. This is what the dwarves' plan did.
The Dwarves' Plan: Underpromise and Overdeliver

Some of the best marketing plans are those that don't make too many promises, but then deliver far more than they initially promised. This is exactly what the dwarves' plan did. The plan was simple. Bilbo was to get into Erebor and steal the Arkenstone. The dwarves would take care of the rest. Killing Smaug and reclaiming their home wasn't in Bilbo's part of the plan, but it happened anyway.

When you're creating your marketing plan, don't go overboard on making promises. While you definitely need to make some, you don't want to make so many that you end up falling short on a few. It's a lot better to make few promises and give your clientele more than they expected than it is to promise a lot and give your clientele less. Where the former makes you look really good and will get your clientele spreading the good word about you, the latter will send them running to other firms.

There's  no doubt that creating a good marketing plan can seem as tough as Smaug at times, but if you use these tips, you can defeat that dragon and set your firm on the path to success. If Thorin and Bilbo can do it, so can you!

Eloise Hamilton has always been fascinated with law. In college, she studied the subject briefly before switching to business, but she still loves to maintain her knowledge of all things law, by visiting all kinds of law sites like Bronson and Jones. She seeks to inform the general public about the finer details of law in a way they can understand.