"We need to protect the ability to comment on professional services without fear of a lawsuit from a disgruntled attorney."

The Washington State Court of Appeals rejected a subpoena from a lawyer seeking to discover the identity of an anonymous reviewer who smeared her on Avvo, an online lawyer directory.

The ruling is a cautionary tale for lawyers who are already leery of anonymous online reviews.

It is the latest case in a long history of litigation between Avvo and the legal profession. After the ruling, Avvo said it needed to protect anonymous reviewers from lawsuits from “a disgruntled attorney.” The statement is curious, because lawyers are the customer base for Avvo. It sells profile upgrades, advertising and a marketing dashboard to attorneys.

Avvo also said it needed “to deliver consumers the transparency they've come to expect,” while its business model is actually to obscure the identity of reviewers. 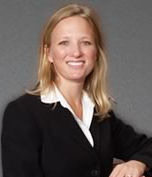 Deborah Thomson, a divorce lawyer in Tampa, Florida, failed to make a prima facie showing of defamation, according to the court, because she didn't submit a declaration, affidavit or any other evidence in support of her motion.

I am still in court five years after Ms. Thomson represented me during my divorce proceedings. Her lack of basic business skills and detachment from her fiduciary responsibilities has cost me everything. She failed to show up for a nine hour mediation because she had vacation days. She failed to subpoena documents that are critical to the division of assets in any divorce proceeding. In fact, she did not subpoena any documents at all. My interests were simply not protected in any meaningful way.

This statement is clearly defamatory, and it is perplexing how the court failed to see this.

In response, Thomson responded on Avvo:

“The writer of this review was not an actual client of mine. This is a personal attack from someone that I know. ...  Unfortunately, AVVO does not verify the information contained in a negative client review, nor does it verify that a person was, in fact, an actual client, before allowing it to post on an attorney's profile.”

Thomson has an “Avvo Rating” of 8.6 out of 10, and all the other reviews are favorable, saying Thomson is an “Excellent attorney, “ “Experienced Grade A+ Lawyer” and “Very caring.”

Avvo refused to identify the reviewer, and Joshua King, Avvo's vice president of business development and general counsel, told Thomson he believed the reviewer was a client.

Thomson subpoenaed Avvo seeking the identity of the anonymous detractor. The trial court denied her and the appellate court affirmed. Thomson v. Jane Doe, No. 72321-9-I, filed July 6, 2015.

“The First Amendment protects the right to speak anonymously,” the court said, saying Doe's speech is entitled to an intermediate level of protection.

“Considering the speech at issue here, we agree that supporting evidence should be required before the speaker is unmasked,” it said. “But, because Thomson did not produce any supporting evidence, her claim fails whether we review it as a direct appeal or discretionary review, de novo or for abuse of discretion.”

King said, "Whether they're leaving reviews on Amazon or commenting on an op-ed in their local paper, consumers have a right to protect their anonymity online, and to freely express their opinions on the products and services provided by businesses."

He added: "At Avvo, in order for us to deliver consumers the transparency they've come to expect, we need to protect and provide the ability to comment on the quality and delivery of professional services without fear of a lawsuit from a disgruntled attorney."

Avvo says its lawyer directory provides Avvo-rated profiles, client reviews and peer endorsements for 97% of all lawyers in the U.S.

For more information and opinions about Avvo and legal directories in general, see the following excellent posts from LawLytics.

I had a client have much the opposite experience. A creditors rights attorney from a firm we represent received scathing comments on AVVO. Clearly, the review was written by a debtor upset at collection efforts, but who claimed to be a client. Using AVVO process we presented evidence of debtor’s misrepresentation and AVVO took down the false review.

I am a paralegal at a local small firm. We have a horrible review on our site. It alleges that I am uneducated (even though I have a degree), calls me a liar, and alleges that my boss is a thief who care nothing for her clients. I also went through the “process” avvo has, The process is calling the reviewer and asking if they were actually a former client. If that is the standard by which they determine the authenticity of any given post, then I think that they should be held to the same standards that they expect of attorneys.

We have a stellar rating, and the first thing people see when they log in is the one of the best example of libel I have ever seen. I understand that people have a right to speak freely, but when it has a malicious intent and is meant to do harm to the business, you would think that avvo would be more like other attorney review services and protect their clients
the attorneys) interests’.

My advice to any attorney is not to sign a contract with them in the first place. You will find yourself in the ironic position of having the same people who initially promised you more referrals and a more positive image redirecting potential clients to a profile with a big, fat, nasty review right under your name. When you report it, they will most likely deny your request, while asking you a credit card number to pay your next month’s subscription fee.

When you are being defamed and have no recourse to combat a single client’s review, while simultaneously paying the company who is allowing it, you may have a different perspective. It’s hard enough being a small firm in a sea of huge firms without the added burden that this company produces.Please don’t give them money.

Thank you for the article. It’s good to know that people are trying to do something about this. I can only hope that the law schools who are reviewing my application or future employers aren’t deterred because we had a client post an anonymous review that names me personally.

You have my total sympathy. Best of luck in pursuing the wrongdoer.