Masters of Plaintiff Marketing: Farah & Farah is Seen Everywhere, All the Time 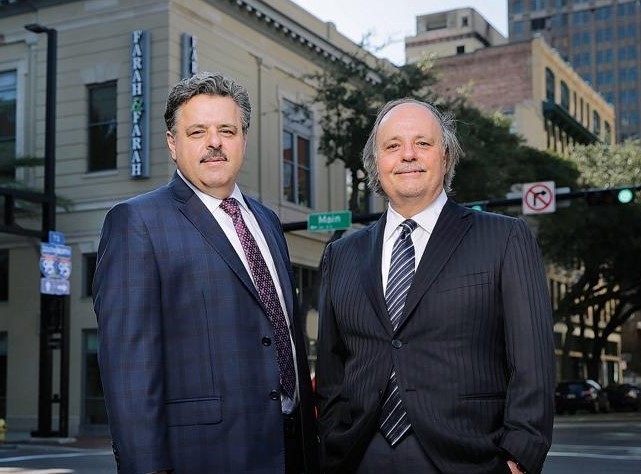 Eddie Farah started his law practice fresh out of Cumberland School of Law in 1979 in a rented office in a Jacksonville, Florida theater. His brother Chuck joined him in 1990 after law school, and today Farah & Farah has 200 lawyers in 16 offices in Florida and Georgia, practicing personal injury law.

The northern Florida firm is known for its hundreds of billboards, TV commercials during sports events, thousands of online followers, a consumer law radio show, and its active participation in the Arab Christian community.

Farah & Farah has recovered $1 billion for its clients. On its website, the firm highlights 19 of its million-dollar client recoveries, including $5 million in a medical malpractice case, $3.4 million in a truck rear-end collision and $3.3 million in a maritime case. Farah & Farah was the top plaintiff firm handling product liability cases filed between 200 and 2017 according to Lex Machina. 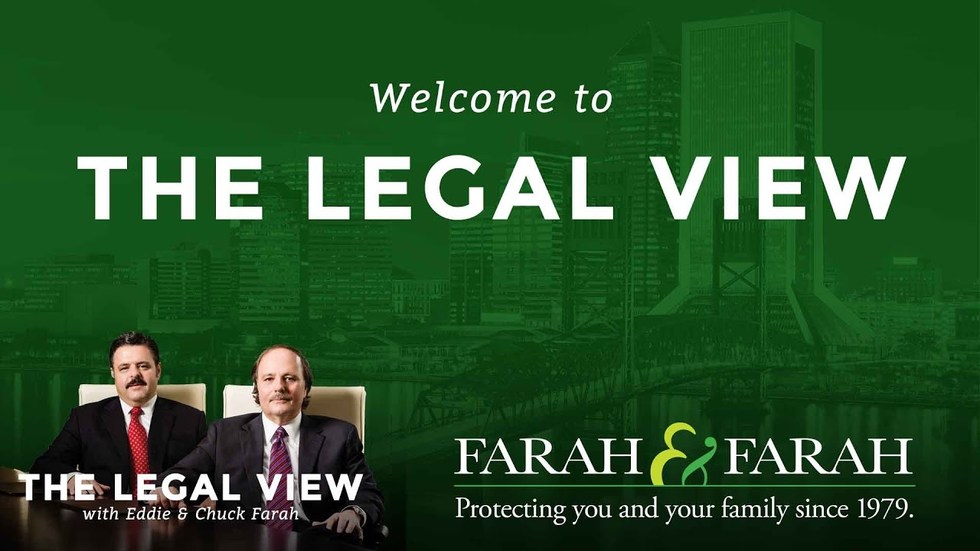 Marketing everywhere, all the time

Farah & Farah's earnest, straightforward TV ads feature Eddie, age 65 and Chuck, age 57, talking directly to the viewer. They echo the firm's slogans, “We've got your back” and “Here for you. Here for good.”

Many of the ads can be seen on the firm's YouTube channel which has an impressive 522 videos online. The most popular are:

Farah & Farah likes to reach sports fans with its TV ads on ESPN and the NFL Network. The firm is a booster of the Jacksonville Jaguars football team and built a Jaguars-themed campaign around the team. The firm's digital marketing plan included in-banner video advertising on Xfinity.com and pre-roll video—using the same commercials as its TV advertising—on Xfinity.com and WatchESPN. On the day of the football draft, the firm ran a “roadblock" on the Xfinity.com sign-in page (An advertising roadblock is a media planning strategy where all networks air the same ad at the same time.)

The next day, Farah & Farah again blitzed the market with a roadblock on the Xfinity.com sports page, with both in-banner video (at the top of the page) and static banner advertising (at the bottom of the page).

The draft scored big for Farah and Farah, as their roadblock delivered more than 138,000 impressions, which led to an “exponential” increase in traffic to the firm's site.

The brothers also like wrestling, and last summer served as the presenting sponsor of the All Elite Wrestling “Fight for the Fallen” matches in Jacksonville.

“We have a moral obligation to give back to the communities in which we live,” Eddie says.  “The fact that a mass shooting occurred here in Jacksonville just a few blocks from our office last year makes that moral obligation even stronger. We make it our mission to help protect injured people and their families. When we saw that the proceeds of this event would be used to support victims of crime and their families – connecting them with crucial supportive services – we had to be part of this.”

Eddie ventured into humor one time, in his “Off the Cuff” video. In the video, All Elite wrestling star “MJF” asks facetiously if he could be sued for slapping a chai latter into the face of a delinquent coffee runner. Eddie Farah reminds viewers of the 1994 McDonald's coffee burn case where an elderly woman was awarded $2.86 million. He continues, “Yes, you could be held liable.” The video has 2,900 views.

Radio listeners can catch Eddie and Chuck on 104.5 WOKV on Saturdays when they present their Consumer Law Hour radio program and answer listener questions. Recent topics include tax withholding, lease and service liability waivers, and moving violations. Earlier programs are set out as podcasts at https://www.wokv.com/consumerlawhour/.

The firm's Facebook page shows that the law firm has a praiseworthy 4.5 out of 5-star rating, based on the opinion of 436 people. The page was created back in 2011, is updated almost daily, and has 16,515 followers. It features client testimonials, staff events, and practical legal tips. 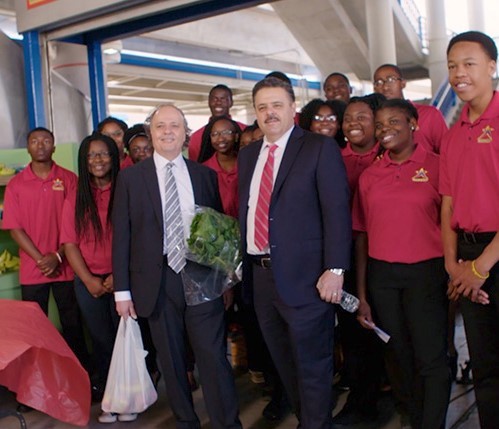 There are 250 Farah & Farah videos on Facebook, and the most popular are:

The firm even has a LinkedIn page with 638 followers. It is similar to the Facebook page, with posts recognizing employees, a retreat for case managers and the Jacksonville administrative team lunch.

Farah & Farah support many charitable organizations to give back to the community, such as:

Growing up in Jacksonville

The Farah family is a prominent part of the Ramallahan Christian Arab community in Florida. The brothers' grandfather and father came from Ramallah, Palestine, and settled in Jacksonville. An uncle opened the first Arab bakery, featuring the then-new concept of pita bread.

“Growing up in our neighborhood was great,” Chuck says. “We could walk to a park to play, and our elementary school was right down the block. Summer days were spent fishing on the Trout River.”

“This city gave us a happy childhood,” says Eddie. “It's why we opened up our law firm here. It's our home and always will be.” As an industrious boy, Eddie would pitch pita bread to the Publix stores.

Eddie is married to Reem Habayeb Farah, and they have three daughters and a son, Khalil, who is an attorney at the law office.

After Chuck earned his law degree from Cumberland School of Law, he joined his brother's firm in 1990. In 1998, Farah & Farah purchased the historic but boarded-up S.H. Kress Co. building in Jacksonville and remodeled the former department store into a three-story law office. It was an investment of $5 million.

In 2011 the Farahs purchased a 10-story building for $4 million. They remodeled the lobby and fixed the exterior at a cost of $1.5 million. There, the Farahs lease space to business tenants in Jacksonville. The investments created a Renaissance in the city.

Having offices in buildings two blocks apart and doing business at the Duval County Courthouse five blocks away, the Farrahs bought a street-legal golf cart to shuttle lawyers and clients around.

“The energy in Downtown is already through the roof, and it's only going up,” Chuck says. “I'm so glad we're down here. I'm really proud that we came into Downtown as early as we did. It has a soul to it.”

Farah & Farah started with humble origins and grew to a go-to regional personal injury firm built on grit and hard work. Today Glassdoor.com ranks the firm at 3.8 out of 5 stars as a good place to work, crediting its highly diverse staff and attorneys. Farah & Farah is instantly recognized on the airwaves and online and is recognized as a firm with a big heart for its home town.