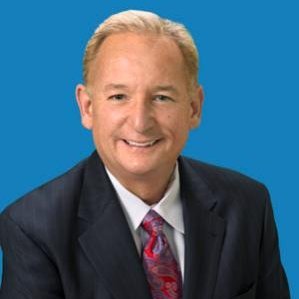 In a 380-slide PowerPoint presentation over four days, he covered the process of becoming involved in the practice area of mass yorts and giving the roadmap to mitigate risk.

A mass tort is ordinarily a product liability case where hundreds of plaintiffs file suit against a pharmaceutical company. These cases are typically collected into one of 300 federal multi-district litigation dockets (MDLs).

Lawyers are marketing heavily to find mass tort clients. According to marketing expert Steve Nober, CEO of the Consumer Attorney Marketing Group. As of right now, most advertising campaigns are focusing on:

A typical law firm advertising budget is $15,000 to $20,000 per week to test network and cable TV campaigns, according to Nober. “The results are very predictable,” he said. “We can provide as much intake as a law firm can handle.”

There are tens of thousands of mesh cases consolidated in several MDLs. Cases against seven manufacturers are filed in the U.S. District Court for the Southern District of West Virginia. This is one of the largest MDLs, involving more than 60,000 lawsuits and billions of dollars in potential damages.

Cases are settling for $140,000 to $160,000 for women with one revision surgery, and from $300,000 to near $500,000 for women with multiple revisions, according to Ray. “Transvaginal mesh cases are the “perfect storm” with a large number of potential plaintiffs, as well as high potential average case values,” he said.

Copies of a form complaint and plaintiff fact sheet are published on the court website, so that most of the effort by plaintiff lawyers is finding claimants. The cost of acquiring a TVM plaintiff willing to sign a retainer agreement is currently $1,500, according to Nober.

“This is late in the litigation,” Nober said, explaining why the marketing cost to sign a client is triple that of other mass torts. For example, marketing costs for Bair Hugger clients range from $200-$400 per client willing to sign an engagement letter.

In a trial in Miami, four women who suffered complications from their implants of the Pinnacle vaginal mesh recovered $26.7 million in 2014 against the manufacturer, Boston Scientific.

“Consider getting involved in the Xarelto litigation immediately,” Ray said. “If I were a stock analyst rating the Xarelto litigation as a stock, I would rate it as a ‘Strong Buy,'” he told lawyers in attendance. “The claim centers on the product being marketed as superior to Warfarin and Coumadin. However, bleeding events caused by Warfarin and Coumadin can be treated with Vitamin K, but no such antidote exists for Xarelto. This information was not disclosed to patients nor to prescribers.”

Cases are settling for up to $500,000 based on the severity of the injuries, which can include pulmonary embolism, brain hemorrhage and epidural hematoma, according to Ray. The cases are similar to how the Pradaxa blood thinner litigation played out where the manufacturer settled 4,000 cases for $650 million.

Nober said that the marketing costs to acquire a Xarelto client are also $1,500. TheMDL is in federal court in New Orleans. For more, see the webinar slides for An Update on Xarelto Mass Tort Litigation presented by The National Trial Lawyers.

The drug has been on the market since 1991 and the first cases were filed in 2014. “We can assume approximately 30,000 children were born with birth defects because of Zofran,” Ray said.

The average settlement value is $600,000, according to Ray. “The birth defects associated with Zofran are similar to those caused by Paxil, so we can assume average case value will be high.”

GlaxoSmithKline pled guilty in 2012 and paid a $3 billion fine to resolve fraud charges and its failure to report safety data. The criminal case does not affect settlement value in the civil cases.

“Zofran is in the early stages of the litigation,” Ray said. “We estimate that it will take six years, from this point, for an investment in the Zofran case to pay a return on your investment,” Ray said.

A decision to form an MDL is expected this fall. The company has deep pockets, being the second largest pharmaceutical company in the world by revenue. In fiscal year 2010, GSK generated revenues of £28.4 billion and net earnings of £1.85 billion after taxes. 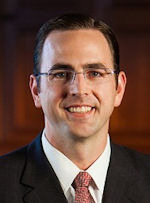 Syngenta released a genetically-engineered corn strain, MIR161, in the US market in 2009. The company announced in an earnings report that it would get approval for export to China “in days,” according to attorney Ryan L. Thompson of Watts Guerra LLP, San Antonio, TX.

It was wrong. In June 2013, China started to refuse shipments, destroying multiple shipment of the corn from the US – even rejecting ships with other cargos that had previously carried the GMO corn. A total of 3.3 million metric tons were rejected, costing the corn markets $1 billion to $2.9 billion per year, according to National Grain and Feed Association.

The Syngenta AG MIR162 Corn Litigation is in an MDL in Kansas.

This litigation is in the early stages now. Ray said no data is available on settlement values, because the statistics are developing now. A new MDL has been established in the U.S. District Court of Arizona, making it an opportune time for plaintiff firms to start signing clients now.

Nober said that the marketing cost to acquire a client ranges from $300 to $600.

The IVC filters made by C.R. Bard, Inc. are tiny filter devices that were designed to prevent blood clots from traveling from the lower body to the lungs. They were designed to be temporary. But left in place, the struts of the filters break loose while they are still inside the body, causing serious injury and death.

The FDA issued warnings in 2010 and 2014 about the risk of IVC filter problems.